TREKKING ALONG THE RIVER 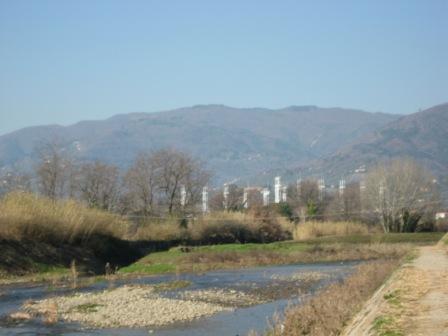 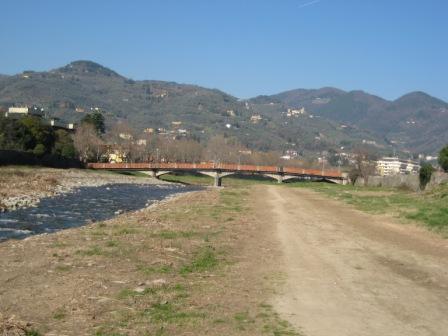 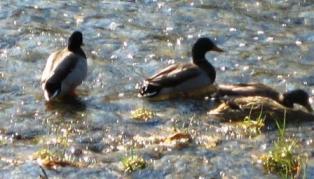 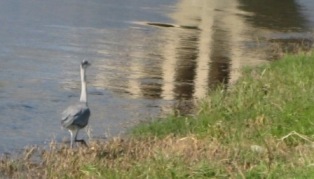 We find ourselves in the heart of Valdinievole: is it the Nievole valley or the valley of fog? Even though the first hypothesis is the most probable, that its name derives from the homonymous stream, on misty days the valley seen from above appears as a sea of fog, caused by the humidity of the Fucecchio Marshes. But a little sunshine will burn it off and suddenly the ravishing countryside and charming little villages will pop out to visitors' eyes. A beauty rich in variety, thanks to its diverse landscapes: from hills covered with olive groves to woods, cultivated flatland and, further south, the Marshes ( Padule). Diverse the nature of the land, likewise the history that marks the past of the several villages nestled on the rocky hills of this area. During the dark centuries of the Middle Ages, these isolated and difficult to reach villages were self- governing, defended by high walls, towers and fortress that are a rich historical testimony even today. The trail along the Pescia Valley crosses Pescia and Ponte Buggianese and continues near Buggiano, Chiesina Uzzanese and Uzzano - just a few names of places in the Valdinievole that are worth a visit.

The "Town of Flowers" per excellence, thanks to its century - long of floral production, boasts the Marketing Center of Flowers for Central Italy, as well as the marvelous Biannual Florence Exhibition, Flower and Decorative Plants Fair - a rendezvous that has taken place in September for over fifty years. Pescia, the main town in Valdinievole, opens is gates to visitors through the Porta Fiorentina (Florentine Door). This imposing structure, decorated with baroque friezes and the Medici coat of arms, was build to pay homage to Gian Gastone de' Medici.
After passing by the Porta Fiorentina, we find the Cathedral and the ancient Pieve of S. Maria, the little Romanesque church of S. Antonio, and finally the Church of Saint Francis, whose first stone is said to have been laid by the Saint himself while he was a guest of the Orlandi family.
On the opposite side of the town, on the right bank of the river, soars the group of official places: The Palagio (Palace), which hosts the Libero Andreotti Gypsum Artworks Gallery; the Museo Civico (Municipal Museum); the Palazzo del Podestà (Governor Palace); the Madonna di Piè di Piazza; the modern Flower Market; the Sismondi Villa, which today hosts the Municipal Library; and Via della Fiaba which, through the Marzalla, leads to Collodi, the Paese dei Balocchi (Toy Village) that attracts many visitors thanks to the Pinocchio Park, the monument erected for the puppet by Emilio Greco, the square of mosaics by Venturino Venturi, the "Osteria del Gambero Rosso" run by Giovanni Michelucci, the sumptuous Villa Garzoni and annexed gardens, and Collodi's hometown, whose structure has remained untouched over the course of time with its little house that seem nestled one above the other on a slanted slope. From Pescia it is possible to reach the picturesque